The bar features four real ales recognised for their well kept quality by CAMRA (Campaign for Real Ales) and is featured in the Good Beer Guide 2007. Furthermore and even better still, The Pheasant has been awarded CAMRA’s Pub of the Season, Summer 2007.

The Pheasant Inn also boasts a fantastic wine list featuring wines from around the world by reknowned producers.

Freshly cooked wholesome food is on the menu, rewarded for its quality with an AA Rossette, the Michelin Good Pub and Egon RonayGuides.During winter months you can enjoy cosy meals around open fires, whilst in the Summer you can dine ‘al fresco’ and admire the panoramic views of the Cheshire plains. 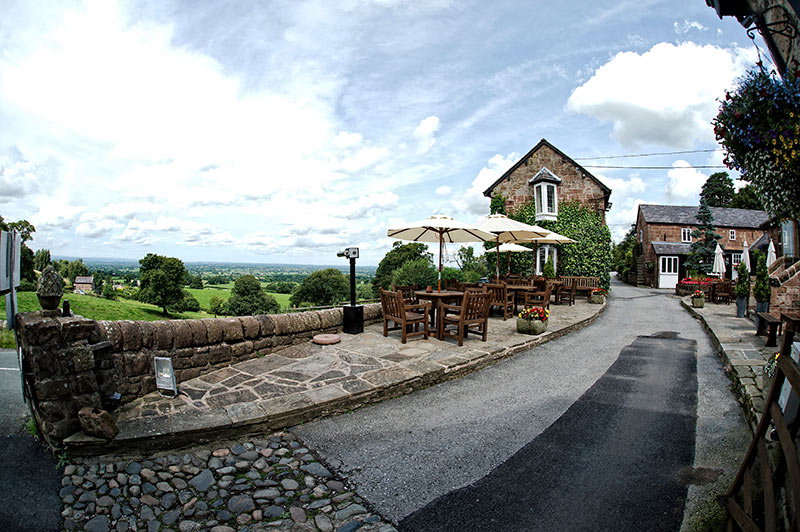 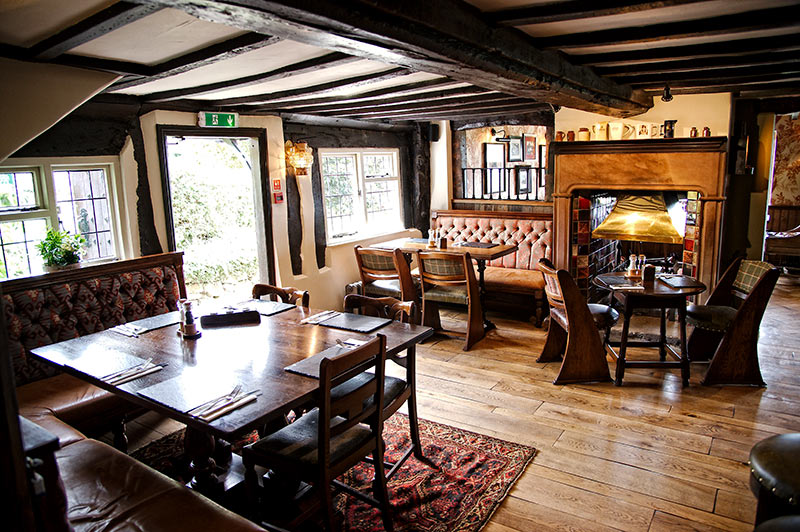 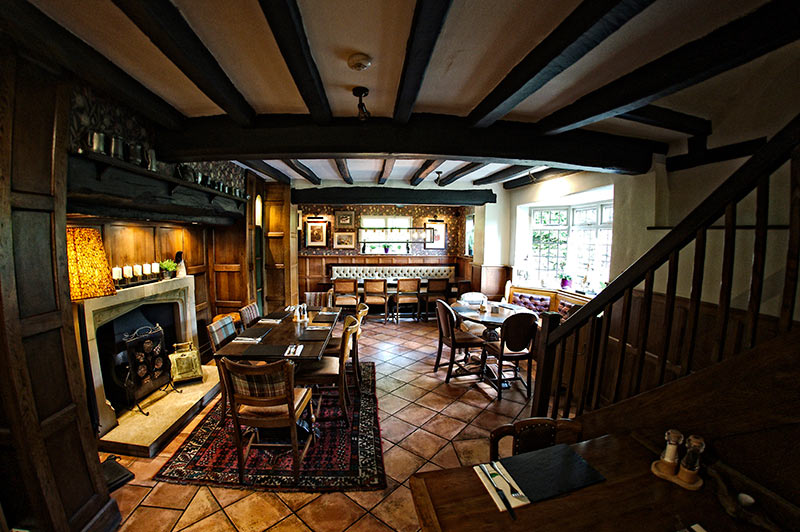 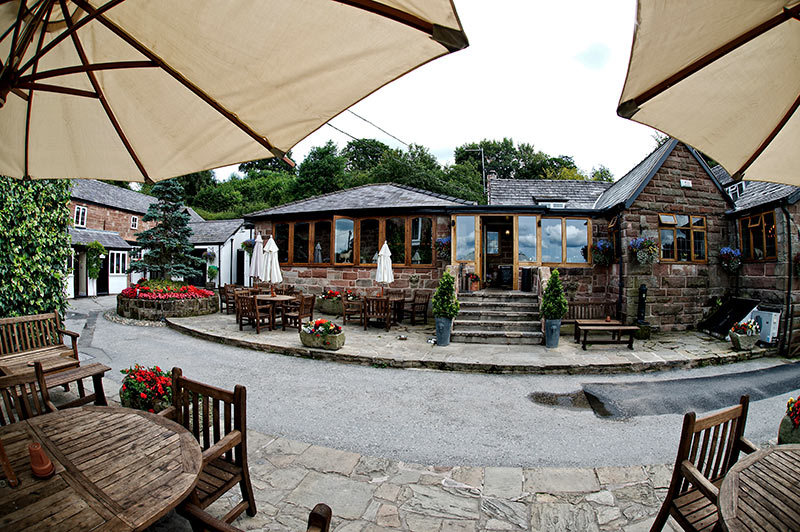 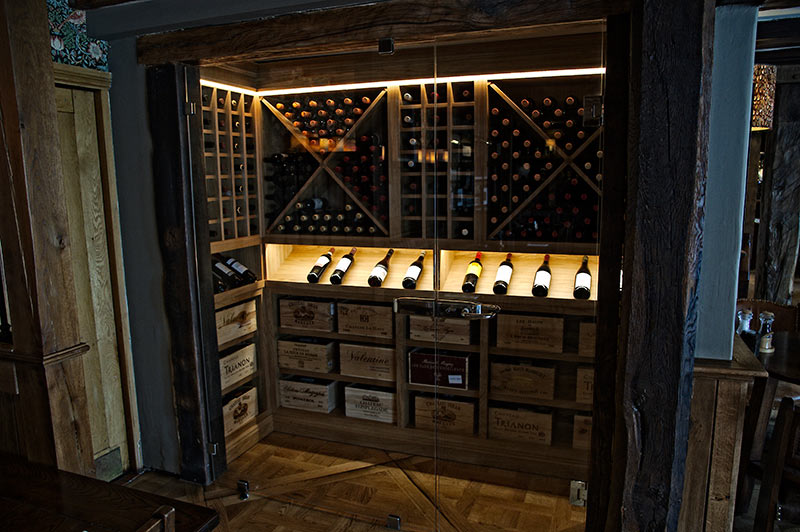 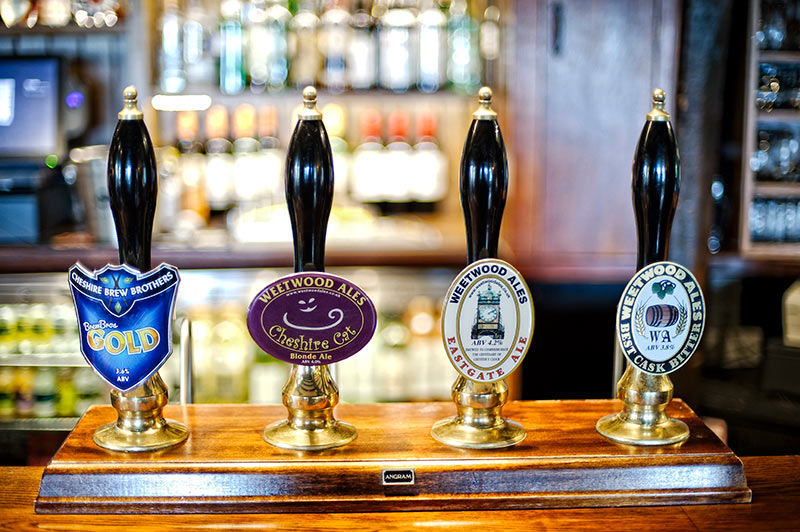 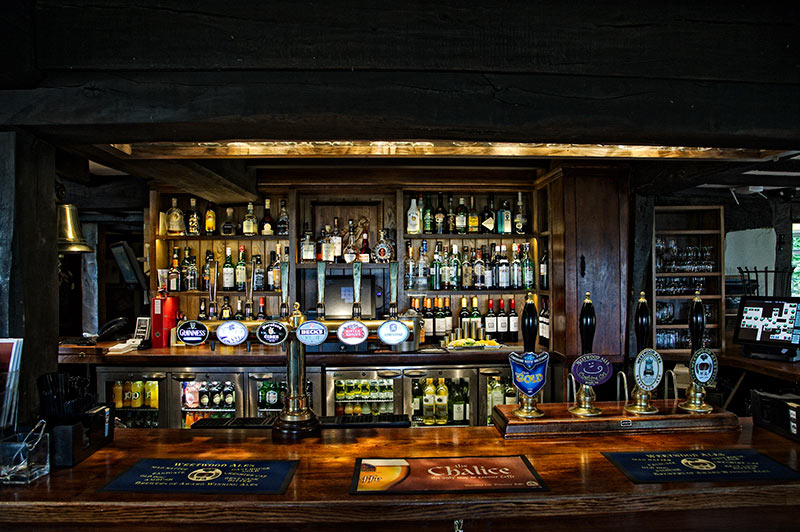 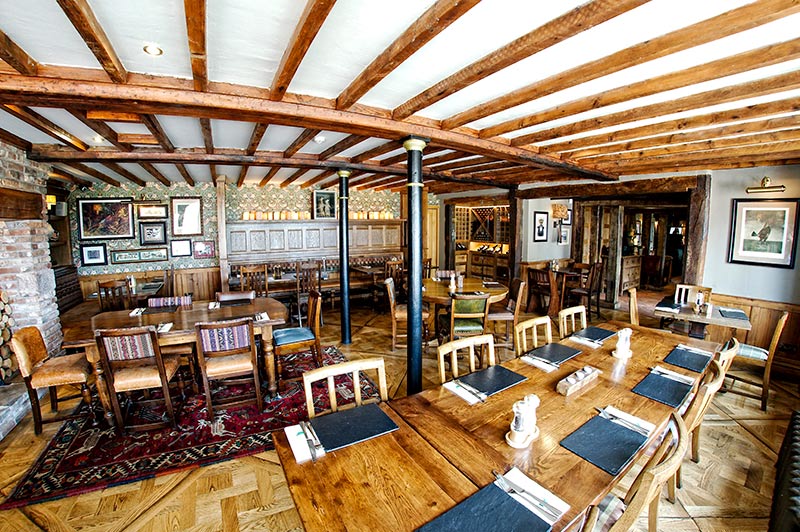 The name Burwardsley is said to mean ‘clearing in the woods’. The ancient spelling of the settlement was ‘Burwardslei’. This was made up from two Anglian words, the personal name ”Burgweard’ and an Anglian word ‘leah’ which means ‘clearing’.

By 1650, there were known to be three ale houses in Burwardsley, one of which was almost certainly The Pheasant and it has been a licensed ale house ever since, with only a brief period at the end of the 18th century when the license was allowed to lapse.

The pub only became known as The Pheasant in the 1970’s. In the middle of the 19th century it was called The Leches Arms, and then became The Carden Arms around 1869, after its owners the Leche family of Carden Park.

From the early 19th century until the present day only five families have been licensees of the inn; the Wharton, the Barnes, the Ellis, the Greenhaugh, and the Nelson family. The names of the publicans from the previous century are recorded, but little detail exists about them.

The Wharton family ran the pub from 1840 until 1928, through three successive generations; James, Joey and Hugh Wharton. James Wharton is listed amongst West Cheshire’s longest serving licensees as having run The Carden Arms for over 41 years.

The pub would have been a farm as well and it is recorded that James farmed 36 acres of land. The outbuildings round the cobbled yard for animals and storage. The barn across the yard from the pub was used to host dancing annually on the anniversary of the dedication of the church. The dancing took place to the sound of the village band, consisting of drum, concertina and violin, and was part of the general festivities which included a fair and bear and badger baiting.

In 1928, Thomas Barnes took over the running of the pub which was passed on in turn to his wife, Annie, and their son Samuel, who was landlord until 1969. The Barnes kept a small farm with dairy cows which were kept in the shippon (the building which now houses six guest rooms).

In the middle of the yard was the midden, where the farmyard manure was piled. This was surrounded on two sides by the raised cobbled path leading up to the back door of the pub. In December of 1962 the whole roof was blown down in a great storm whilst there were nine cows inside – which all survived!

There was no running water until 1936, and no electric light until 1947. The darkness outside often made the journey home quite perilous – especially in the winter months when there was a frost on the ground and it was impossible to tell path from the midden!

Robert and Gladys Ellis took over the pub in 1971 and ran it until 1980. Soon after they moved in and converted the pub and re-named it The Pheasant.

They added a kitchen and toilet block to the back of the pub, overlooking the courtyard, and turned the barn, opposite the pub, into a storeroom and twin garages, with a dovecote above. The doves, along with the white peacocks and golden Hamburg hens were just part of the fantastic collection of birds and animals that lived with the family at The Pheasant. Bob and Gladys bred Arab horses, which were kept in loose boxes in the converted old shippon, and their daughter owned a rare breed Appaloosa.

Many will fondly remember Henry, the Dalmatian, who regularly used to get fed crisps and in return helped to clear the tables…with his tail!! The Ellis’s put in a terrace, a solid oak bar and the fire places.

David Greenhaugh took over the pub in 1980 and made several alterations to the existing building – as well as adding a new extension maximizing the potential of the pubs excellent position. By the conversion of the old shippon into accommodation, The Pheasant became The Pheasant Inn.

David lived above the garages (now Delamere and Rawhead) with his family. His living accommodation has also been converted into two of the best rooms in the house, Tatton and Tabley. During David’s time at The Pheasant, he is most remembered for his Highland cattle which were kept in the fields above, and dare not forget the white parrot which sat in the window.

In 1999, David sold the leasehold of The Pheasant to the Terry Newell and Simon Parker. Terry and Simon invested a substantial amount into The Pheasant, renovating the kitchen and extending the front facade of the building.

In October 2004, the Nelson family took over the running of The Pheasant Inn and Andrew Nelson is the currently licensee. The family also has The Grosvenor Pulford Hotel located just outside of Chester where Harold Nelson, Andrew’s father holds the license. Since 2004 the kitchens have been extended with the installation of new cooking equipment, the car park was tarmaced and also extended.

All bedrooms have been refurbished with the addition of two further bedrooms by converting what were the garages in the courtyard. These rooms are now called Delamere and Rawhead. The actual inn itself has also seen quite a few alterations with holes knocked in walls, areas tiled, ceilings lowered, and wood floors renovated – all helping to create the atmosphere of the perfect country retreat!