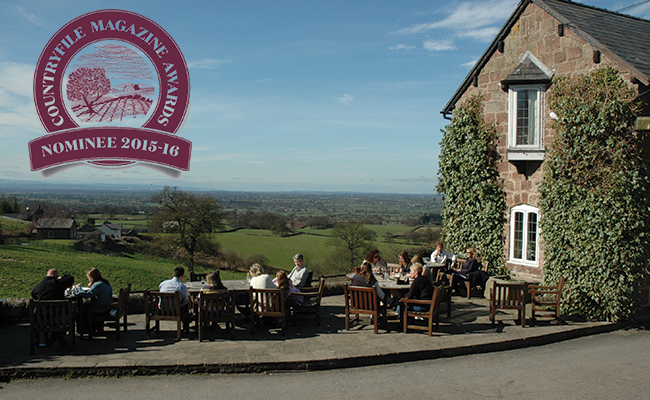 The Pheasant Inn in Burwardsley, Cheshire has been nominated for Pub Of The Year Award in this year’s BBC Countryfile Magazine Awards.

The BBC Countryfile Magazine Awards celebrate the very best of the British countryside. The Pub Of The Year shortlist has been compiled by Fiona Stapley, editor of the Good Pub Guide.

Commenting on the nomination, the Pheasant Inn’s General Manager, Chris Duxbury said: “We are thrilled to have been recognised by the BBC’s Countryfile Magazine and the Good Pub Guide, and extremely proud to be representing Cheshire – and indeed the Northwest – in our category! This is a fantastic achievement for our pub and we are very proud to be listed amongst the other nominees. To win the award, the general public must vote for its favourite pub, so we are encouraging everyone who has enjoyed a meal or a drink at The Pheasant to visit the BBC’s Countryfile Magazine website and give us their support!”

To vote for The Pheasant Inn to win the title of Pub Of The Year, please visit www.countryfile.com/awards2015-16. Voting closes on 31st January 2016 and the winners will be announced in March 2016. Everyone at The Pheasant Inn thanks you for your support!