The man behind the menu 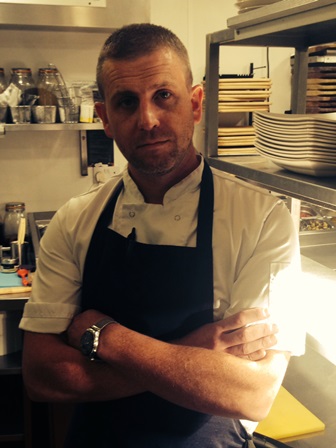 How did you become a chef?

I was pushed into the catering industry by my mother due to a serious family illness, I had never thought about becoming a chef before until the decision was forced upon me.  I started off in small restaurants and quickly became addicted to the everyday working of the kitchen, constantly learning something new each day.

How did your career develop from there?

Over time I felt the need to push myself to learn more and decided to move on to bigger kitchens with higher standards; including Carden Park, Gordon Ramsay at Claridges and the Chester Grosvenor Hotel & Spa, where I spent 4 years under Simon Radley’s’ guidance. This proved to be a massive influence on my character and career.

What is your favourite summer ingredient to work with?

I don’t generally have a favourite ingredient or season, as each season has its moments that provide a kick in the kitchen, constantly keeping things interesting and different day to day. We as a team focus on the seasons, what’s around us in the local area and simplicity as guidelines to use as we compile menus and daily specials.

What do you enjoy doing in your spare time?

When I’m not in the kitchen (which is a rare occasion) I try to eat out as much as possible, from starred restaurants to local pubs, there’s always something new to see.

Where is the best place you’ve dined?

The Hand & Flowers in Marlow

What job might have taken your interest if you weren’t a chef?

If I wasn’t a chef I couldn’t possibly tell you what I’d want to be, this job is too unique. I don’t think I’d want to do anything else.